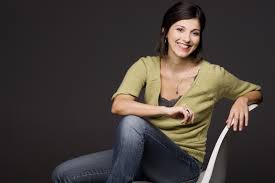 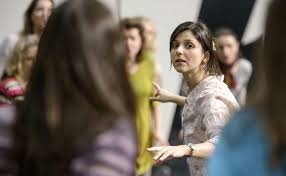 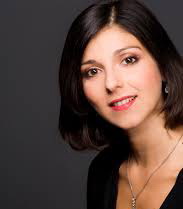 Young Italian stage director Pamela Recinella made her highly acclaimed debut in 2016 directing Verdi’s Macbeth at Theater Erfurt. In 2016/2017 she directed Madama Butterfly at Hongkong Opera, Nabucco at Mainfranken Theater Würzburg, Der Fliegende Holländer at the Estonian National Opera and in 2018 the production The High Court of the Gods at the Royal Conservatoire of Scotland in Glasgow.

Pamela Recinella studied Communication Science in Bologna under the direction of Umberto Eco whilst attending classes at the theatre school Galante Garrone. She continued her studies at the Milan International School of Acting with I. Kuniaki followed by a Master’s programme in directing at the Venice University under the guidance of D. Fo, L. Ronconi, E. Toffolutti and R. Castellucci. She attended exchange programmes at the Comédie-Française in Paris for A. Wilms’ Les Baccantes as well as at Deutsches Theater and Volksbühne in Berlin for D. Gotscheff’s Volpone and Das Grosse Fressen. She wrote, staged and acted Platani to great critical acclaim in Venice.

Pamela Recinella realized a project Little Italy in Berlin, installations for the Foundation Bauhaus Dessau and Inspirados por el sonido Amarillo for the Canaries Festival of Theatre and Dance. She was assistant at Leipziger Tanztheater and in Cocoondance Company’s Killer Loop. In 2007 she took her first internship at Oper Leipzig for the production of Ariadne auf Naxos, staged by K. Gruber, followed by others at Semperoper Dresden, Royal Opera of Copenhagen and Komische Oper Berlin, observing the work of A. Homoki, K. Warner and M. Hampe.

2010-2013 and 2018 she was stage manager and assistant director at the Salzburg Festival. She was contestant for the Ring Award 2011 reaching the semi-final and winning the Public Prize for her Die Fledermaus. She directed a semi-staged Simon Boccanegra in Erfurt in 2013, followed by a position as Staff Director for WNO's production of Moses und Aron at the Royal Opera House, London in 2014. In 2015 she was assistant director to D. Pountney for Chorus! and a revival/assistant director for A. Talevi’s Anna Bolena at the Donizetti Festival in Bergamo.