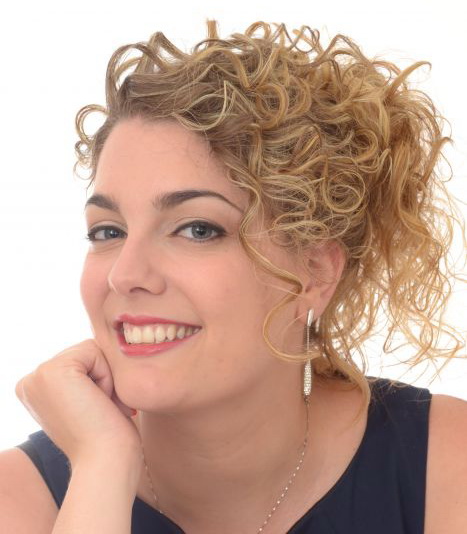 Gioia Crepaldi is a young Italian soprano, winner of the International Competitions Toti dal Monte and Voci Verdiane. Her first opera roles were Principessa in Rota’s Il Principe Porcaro in Copparo and Ferrara as well as Silvia in Mascagni’s Zanetto at the Conservatory Benedetto Marcello in Venice.

Her Mozart repertoire includes Donna Elvira/ Don Giovanni which she has sung in Treviso and Ferrara, at the National Opera of Macedonia in Skopje and at Teatro dell’Opera di Roma in 2019, in the production of Graham Vick. She performed Donna Anna/ Don Giovanni at La Fenice and Contessa/ Le Nozze di Figaro at Teatro Carlo Felice in Genoa. She appeared as Fiordiligi/ Così Fan Tutte at Teatro Verdi in Trieste, conducted by Oleg Caetani, as well as for As.li.co in Como, Pavia, Cremona and Brescia. At the Glyndebourne Festival she portrayed Vitellia/ La Clemenza di Tito in the production of Claus Guth, conducted by Robert Ticciati. In 2017 she was Lucio Cinna/ Lucio Silla with TOBS Biel-Solothurn in Switzerland.

She made her Verdi debut with La Marchesa del Poggio in Verdi’s Un giorno di Regno at the Verdi Festival in Busseto and at Teatro Regio di Parma in 2018. She has performed Mimi/ La Bohème in Rovigo, Savona, Copparo and Ferrara as well as at La Fenice in Venice in 2017. At the Donizetti Festival in Bergamo she portrayed Celestina in Mayr’s Che Originali. In concert Gioia Crepaldi has performed Mozart’s Requiem and Pergolesi’s Stabat Mater.

Gioia Crepaldi played first piano, then moved on to singing. She made her debut at the age of 16 in Mozart’s Vespri Solenni de Confessore. She graduated from the Conservatorium Antonio Buzzolla in Adria and obtained a postgraduate degree from the Conservatorium Francesco Venezze in Rovigo, under the guidance of Prof. Luisa Giannini. She was a member of the opera academy at Maggio Musicale Fiorentino and attended masterclasses by Raina Kabaivanska.