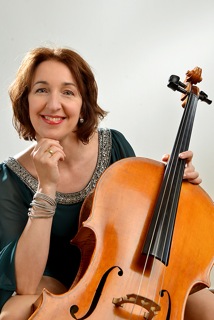 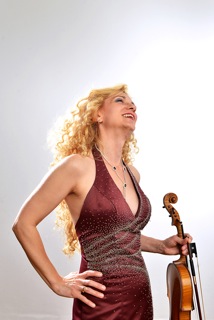 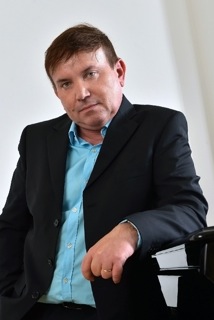 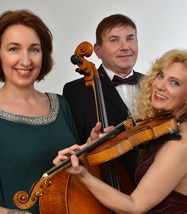 Trio Romantique performs the most famous romantic works like those of Brahms, Mendelssohn-Bartholdy, Rachmaninov, Rubinstein and Tschaikowsky. The response of he audience: enthusiastic and highly delighted!

Zsuzsa Debré, violin
The Hungarian violinist Zsuzsa Debré is well known for her versatility in the fields of being a soloist, concertmaster and chamber musician. In addition, she founded many successful ensembles. Her solo repertoire includes classical violin concerts and highly virtuoso masterpieces up to modern compositions. Because Zsuzsa Debré is known for her joy and eagerness of experimentation, many contemporary European composers like to work with her to develop new musical shapes and tone colors.

Eva-Susanne Ruoff, cello
Eva-Susanne Ruoff was born in Munich, studied in Würzburg, Nürnberg and Düsseldorf and is specialized in the field of chamber music. Her highly intense study of cello and string-quartet was rounded out by the legendary Melos Quartett in Stuttgart. After countless competitive successes and awards, Eva-Susanne Ruoff devoted herself on contemporary repertoire and first releases of compositions dedicated to her. She has worked for many years at the Colosseum Theater in Essen and is considered as a highly demanded cello player and studio musician for Rock and Pop productions.

András Rákosi, piano
The piano player András Rákosi is as well Hungarian and long-standing chamber music partner of Zsuzsa Debré. He studied at the Franz Liszt Music Academy in Budapest und afterwards worked as a lecturer at the Béla Bartok Conservatory. Since 1990 András Rákosi is based in Germany and is a well-demanded soloist und and piano accompanist. He founded his own music school “Musikschule Rákosi” and has established not only as a piano player but also as a successful piano educator.